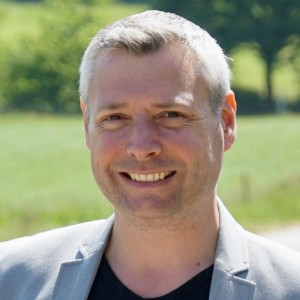 Wow, that was short notice. Sophie Macri, head of Communication at FEDIL in Luxembourg reached out to us whether we could handle for them a hybrid event, more precisely a virtual presentation/conference. Roughly seven days were left to set up the infrastructure on Boothted, planning the filming of 5 speakers on-site, and creating a branded live-stream. Challenge accepted!

The Cercle des Chefs du Personnel is an important briefing about current legislation in the field of HR that the FEDIL provides each year. No wonder that this time it was different due to the pandemic. Only a virtual audience while the 5 speakers would be filmed during their presentations at the Luxembourg Chamber of Commerce who has a fantastic infrastructure for such endeavors.

Setting up Boothted was really easy, especially as the FEDIL had worked with Boothted prior to the event and handled much of the configuration of the booth themselves. As one of the speakers was from the Ministry of Equality between Women and Men, a partner-booth was set up, providing additional information about the work of the ministry.

Adding additional booths for partners, sponsors or vendors is extremely easy thanks to Boothted’s highly modular concept. Every booth has its own branding, own schedule, and of course downloads, chats, and much more. As the FEDIL already had set up a booth, a good part of the branding work was already done and the existing booth could simply be cloned and adapted to the needs of the new event.
Thanks to Boothted’s built-in slide-sharing, it was easy to let each speaker control their slides individually and to embed them into the live-stream.

Each of the 5 presenters had a rather complex topic to handle. We decided to place them in a half-circle around a lectern so that both the social-distancing rules could be matched while at the same time being able to show views of all the speakers together. We decided to film with a total of 3 cameras and to equip each speaker with each own wireless tie-microphone to avoid having to share any microphones.

2 cameras were connected wireless over NDI while the main-camera was hard-connected to Livestream-Studio which was used to add the branding, include the presentations, additional information, and as well as pre-recorded videos. We streamed directly to FEDIL’s Youtube-account and embedded the stream into Boothted.

We know how many things can go wrong during such an event. Yet in this case, simply nothing went wrong. All went smoothly instead. People flocked in virtually with a peak of over 170 concurrent visitors. During the presentations, the attendees started to ask questions using the Q&A section of Boothted. The questions were answered at the end of the session by the presenters even though some questions could also have been answered directly in the Q&A section.

“The event was a real success and I would like to thank Boothted for this excellent opportunity”, explains Sophie Macri. For us the result was flawless. Thanks to the amazing team of the FEDIL who got fully involved and was absolutely motivated to make it happen in the short amount of time given. One of the things that surprise us, again and again, is how few questions from attendees we receive how to use Boothted. Obviously, the platform is to a degree self-explanatory so that no further guidance is even required.

Have any question in your mind?

Let us now! We are here help you.